We use cookies when you visit our websites to give you the best experience possible and to keep things secure.

We'd also like your consent to set other cookies to help us further improve our website and to tailor the marketing you see on apps and other websites you visit.

The outlook on UK bonds

Standard Life Investments and some of the other leading fund groups we work with give their views on how they see UK bonds performing in a potential bear market. 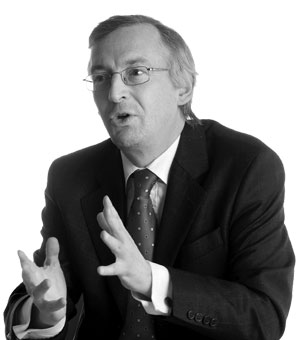 Are we heading towards a bear market and how could/might this affect investors in gilts in particular? Standard Life Investments and some of the other leading fund groups we work with give their views on how they see UK bonds performing in an environment of rising inflation.

The outlook on UK bonds

Standard Life Investments and some of the other leading fund groups we work with give their views on how they see UK bonds performing in an environment of rising inflation. Are we heading towards a bear market and how could/might this affect investors in gilts in particular?

"Government bonds in the UK, and indeed most other countries, will face several headwinds in 2017.

Headline inflation is expected to rise quite noticeably – this is partly due to commodity prices such as oil being quite a bit higher than a year ago and partly due to currencies falling against the US dollar, sharply, of course, in the case of sterling. Yes we do expect these pressures to be offset to some extent – for example, how much do shops and supermarkets face a squeeze on margins rather than passing the costs of more expensive imports onto the consumer? However, headline yields on UK gilts and many corporate bonds look to be rather lower than the inflation figures we expect to see in 2017, so investors look to make a real loss in the coming year.

Looking further ahead, 2018 will be rather different as the one-off effects of higher oil prices are expected to fall away. So headwinds for gilts look rather likely for a short period of time – of course any gilt investor needs to decide how long they wish to hold their bonds for."

"We do not expect a bear market in UK government bonds and currently see them as being roughly fairly priced.

Although inflation is expected to rise materially over the course of 2017, the market has already priced this in to a large extent. Much of the sell-off in UK bonds in the second half of last year can be attributed to the rise in inflation expectations. As it currently stands, the market is arguably pricing future inflation too high at certain points.

Given that the bulk of this rise in inflation is transitory in nature, since it is driven by Sterling depreciation, the Bank of England is expected to largely look through any overshoot relative to its inflation target. As a result, changes to monetary policy are more likely to be driven by the growth outlook. We expect growth to slow in the latter half of 2017 as UK consumers’ real wages, in real terms, decline as a result of rising inflation. This also influences our view on UK government bonds."

"Following the outperformance of gilts versus US treasuries and German bunds, the UK market may be vulnerable to reversing some of this relative strength in 2017, particularly as the prospect of direct support from the Bank of England wanes. However we consider the political uncertainty surrounding the UK government’s triggering of Article 50 of the EU Treaty, the prospect of higher inflation from a weaker sterling and continued economic growth concerns over the longer-term to create potential binary outcomes for the gilt market in 2017. It is therefore a market in which we have comparatively lower conviction in our forecasts relative to other global bond markets in the near term."

"During the summer of 2016, UK gilt yields reached historically low levels before then climbing in the second half of the year. Part of the reason for the rise was an increase in inflation expectations, particularly as a result of the sharp fall in the value of sterling. Inflation typically exerts the greatest influence on bonds with longer periods to maturity and this is what we have seen in the UK - longer dated bonds have underperformed short-dated bonds leading to a steepening of the UK yield curve.

It is probably too early to say whether or not the recent increase in yields represents the start of a bear market, but in the current environment it is difficult to see yields falling back below the levels reached in August. It does not however necessarily follow that we will have a nasty correction with yields rising sharply higher from here; we could have a market where yields stay low for a long time. One reason being the continuing commitment of major central banks, especially the European Central Bank and Bank of Japan, to stimulating their economies. Perhaps the most important conclusion we could make for the medium term is that returns from government bonds are likely to be quite poor and investors should manage their expectations. For this reason we are maintaining a low duration stance. In our view there are better opportunities in other areas of the fixed income market. In particular, we think financials, parts of the high yield market and hybrid bonds all offer an attractive balance of risk and reward and it is these areas where we have focused our exposure."

Headwinds for gilts look rather likely for a short period of time."

"We expect medium to longer dated gilts to sell off further over 2017, reflecting a global backdrop where government bond markets are repricing to a faster growth environment and a gradual reduction in central bank support. This is likely to act as a headwind for fixed income markets in general, including corporate bonds, where yields do not look especially cheap on a relative basis. We do not think this is the beginning of a major bear market, however. The global economy still has major issues to contend with, including ageing populations and high debt levels, so we expect faster growth and higher inflation to be a short-lived cyclical phenomenon rather than a secular change in trend. The Bank of England will likely remain cautious in spite of higher headline inflation and stronger GDP data, focusing more on any underlying evidence of accelerating wage inflation. The outlook for the UK economy is highly uncertain thanks in part to a wide range of potential Brexit scenarios. On balance, we still see more downside than upside risks from this process and believe Sterling may remain relatively weak and that yields may need to offer a modest premium to attract foreign buyers."

"Compared to last quarter, bond valuations have improved but are still unattractive at current levels. Global growth and inflation expectations have also moved higher with the recovery in activity and commodity prices. We continue to be of the view that government bond markets remain vulnerable to shifts in interest rate expectations as central banks attempt to normalise policy with rates rises or less accommodative monetary conditions. Amongst the bond markets, we are still negative on US Treasuries as the short-end remains exposed to further yield adjustments, particularly with the Fed hiking rates this year. Moreover, the prospect of fiscal expansion feeding through at the end of this year and 2018 suggests more aggressive tightening by the Fed. Similarly, we have retained an underweight positioning in UK Gilts. The BoE is likely to remain on hold with regards to interest rates and QE given the less negative outlook on the economy. At the same time, there is the risk that longer-term inflation expectations could accelerate given the depreciation in the GBP, although the central bank is likely to look through the rise in the headline rate."

"‘Some of your clients may be getting nervous about bonds. But before we do anything rash, let’s look at the facts.

Next, inflation. The weaker pound and a higher oil price mean that inflation is likely to exceed the Bank of England’s 2% target this year. We think it could be approaching 3% by the middle of next year. But that increase doesn’t necessarily point to rising interest rates.

In fact, the Bank has said that there’s a balanced risk of rates rising, staying unchanged or falling from here. That statement reflects the uncertain economic background nicely.

So what’s going to happen to bonds? The reality is that nobody knows. The information I’ve described above is already priced into bonds and you’d need to possess special knowledge to be able to time the market from here.

Since you don’t have that knowledge, the best way to add value for your clients is to remind them why they hold equities (long-term growth) and why they hold bonds (diversification and balance). Help them to ignore the noise and focus on what they can control. If their goals haven’t changed, why should they change their asset allocation?"

This article is directed at professional investors and should not be distributed to, or relied upon by retail investors. Content in this section is provided by Standard Life Investments and external fund groups. It does not constitute any financial or other professional advice or recommendations. Content from external fund groups does not represent the views or opinions of Standard Life group.

The value of investments, and the income from them, may fall or rise and investors may get back less than they invested. Past performance is not a reliable indicator of future results.